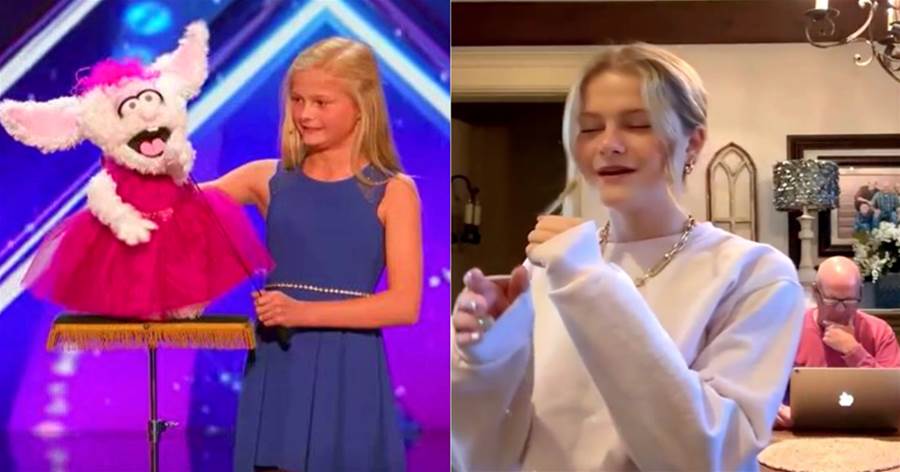 In 2017, singer and ventriloquist Darci Lynne Farmer won NBC's America's Got Talent. Since her time on AGT, Darci Lynne has embarked on numerous national tours, appeared on stage and even blew up on the social media scene. Regardless of her success, she still finds time to spend quality time at home and bond with her father.

Darci Lynne garnered over 67 million views and counting on AGT's YouTube. She received the most votes for a final performance in the history of the show. She won the hearts of America with her sweetheart disposition and undeniable talent.

Who is Darci Lynne Farmer?

Originally from Oklahoma, Farmer grew up participating in talent-based pageants to overcome her shy demeanor and gain confidence. When she was introduced to ventriloquism, she quickly took to the skill and began competing in talent competitions in Oklahoma and beyond, after only two weeks. This ultimately landed her at one of the biggest talent competitions on television.

Aside from winning season 12 of , Darci Lynne also placed runner up on  in 2020. Now, the talented ventriloquist is 16-years-old, and still honing her craft. Since her time on AGT, she has performed at the Grand Ole Opry, opened for Fergie at Caesar's Palace on New Year's Eve, and starred in her own NBC Christmas Special.

Darci Lynne has also made a number of television appearances and was seen on NBC's , Food Network's , Nickelodeon's , NBC's , and .

Lately, Darci Lynne has been spending time with her family and making memories. That includes making funny TikTok and Instagram videos to share with the world. The singing ventriloquist has over eight hundred thousand followers on Instagram and over two million followers on Tiktok. We now know that she is not the only talented person in her family. We love when she shares their talents with her global audience. Her father has some serious pipes!