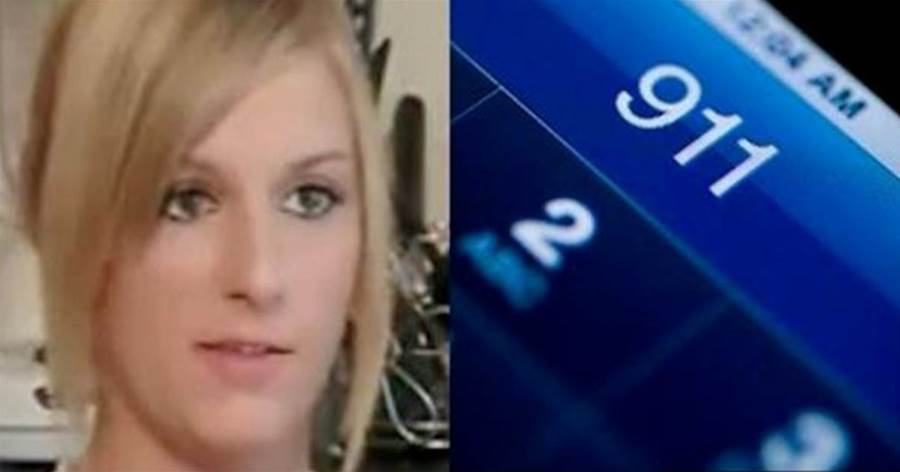 A 17-year-old Michigan girl was arrested for reportedly swearing during a 911 call while her father was having a seizure.

Adrianne Ledesma, of Lincoln Park, Michigan, called 911 after her father collapsed in their kitchen and began seizing, just three weeks after he was hospitalized and underwent brain surgery, 7 Action News reported at that time.

Adrianne didn’t get an answer on her first attempt, so she tried again. Panicked, she said, “What the f***,” while the phone was ringing, but Officer Robert McFarland picked up at exactly that moment.

She asked McFarland for an ambulance to be sent to her address, to which he replied, “Well okay, first of all, you don’t need to swear over 911 and slow down."

Adrianne told 7 Action News that she was worried her father was going to die, but she wasn’t given the opportunity to explain that on the call because the officer hung up the phone after she said a swear word.

She tried calling back and asked the officer, “Are you going to give me an ambulance?”

“Are you going to swear again, you stupid a**?” McFarland responded.

"No! You're not going to get one!" McFarland replied, presumably referring to an ambulance.

After Adrianne's several attempts to have an ambulance sent to her home, McFarland finally transferred the call to the fire desk.

“I kept getting a 911 call from this filthy-mouthed girl that wanted a rescue,” he said as he transferred the call. “I never found out what it was and I was never able to transfer it over to you.”

McFarland said the same thing as he dispatched a squad car to her home.

Adrianne rushed to the police department to get help, as she was unaware McFarland had dispatched a patrol vehicle. Her brother stayed by their father’s side as they waited for help.

When she arrived at the headquarters, McFarland said to her, “Are you the girl with the foul mouth?”

McFarland then proceeded to arrest Adrianne on the spot for disorderly conduct and abusing 911, a charge that doesn’t exist.

The officer refused to comment on the incident when confronted by 7 Action News. He was suspended for two weeks without pay following the incident and was sent for additional training.

Lincoln Park's chief of police said the incident was "not the station's finest moment."